We're going to get this party started with a little bit of tech nerdyness (I know it's not a word, but bear with me). Sram eagle is a relatively new 12 speed group set that is now offered by the industry giant. The technology has been out for roughly a month now, however it may have flown under the radar for most. This new offering is able to give you a 12 speed setup in a super-light package, the only drawback is that is exclusively a mountain group. I know this doesn't fall into the ideal category for many of you, but it should only be a matter of time before we see it in the road bike arsenal. If this happens it could offer a whole new world of possibilities; including a door for more 1x setups. The idea of a 1x is not a new one, yet it is rarely seen on road bikes. This is because many riders want to keep that large gear range and for some this makes sense, but now you could still maintain a large gear range and simultaneously shave off the weight of a front derailleur, shifter, chainring, and cables/housing. Iowa riders would be a perfect candidate for this new option because of the relatively short climbs that are scattered around the state. I do know that those of you who rode RAGBRAI this year may argue that this may not be in your best interest, but let's work this scenario out. Right now eagle offers a 10-50 gear range on the rear and a 32-38 tooth front chainring option. Traditional road bike setup is 11-28 in the rear and 34-50 in the front. Here are some links that illustrate the gear ranges that are achievable with these two setups

This means that there is currently a more low end range (easier gearing) offered by the Sram Eagle setup, although it does suffer some high end (harder gearing) losses. What I would suspect to happen if a similar group for road ever gets made is that it will drop down to a 9 tooth on the rear or offer larger front chainring options to get a larger high end gear range while still keeping the churn and burn gear as well. All of this innovation does come at a pretty penny right now, but as with all things in the bike industry eventually it will trickle down the lines in an affordable form. This release could spell out the beginning of a new age regarding 1x setups within the industry and hopefully it happens sooner rather than later. 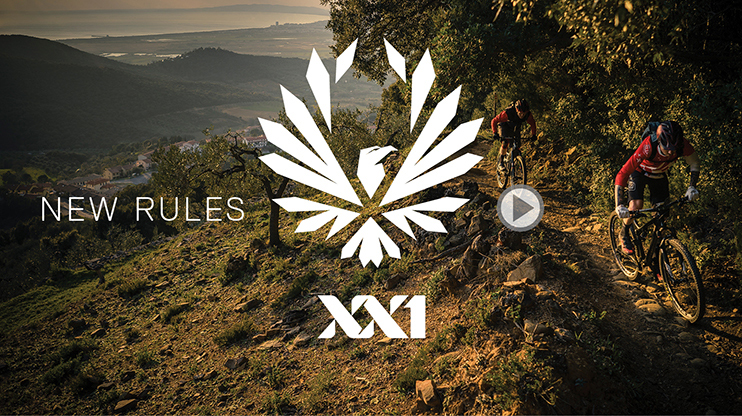